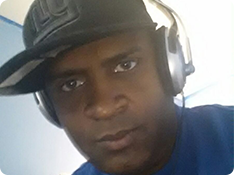 DJ San is the host of Big Sound Saturday and the Sunday Classics shows. He is one of the most respected DJ’s in the business. DJ San, who hails from Jamaica, has over 30 years’ experience in the business. DJ San knowledge about the reggae music and the DJ business goes back to the days of the Big Sound systems and the dance hall vibes. As a youngster, DJ San influence includes Stone Love and other big sounds. DJ San also appreciates the cultural aspects of reggae music and often times can be heard paying homage to legends such as Bob Marley, Peter Tosh and John Holt just to name a few. DJ San love for music and the Deejay vibes is the main reason why he is still doing his thing. His musical selection is diverse, ranging from classic reggae, disco, dancehall and slow jams (big people music).
DJ San’s upbeat and lively vibes makes him the perfect radio companion on a Saturday or Sunday evening. 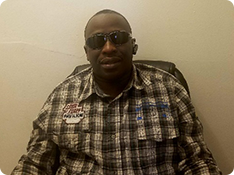 (The Global Square Show, Sundays 2.00pm to 5.00pm)
“My interest in music started at a very young age in Jamaica from the church to the street. Ska, country music, reggae, soul and jazz was just part of life living in Kingston. The big sound system turns on and you could hear the music playing from a distance was the norm. Church was another embed part of the fabric of the culture that help shape my view as a youth, the Rasta culture and way of life had an overt impact on me, seen the humility exercise and love help me on my way, to tap into my African culture to find out about the Greatness of a people, where they have been and what they have done.
The Global Square show informs and entertains with an understanding that reality and culture speak a language of construct when used properly format a High consciousness. Good vibration on a Sunday afternoon.” 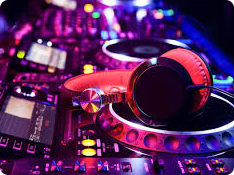 JamminSradio.com was founded by I-Major in December, 2016. I-Major wanted to provide a medium to keep West Indians in the United States, Canada, Europe and other countries informed about events and happenings in the Caribbean.
Born in Jamaica, I-Major was exposed to reggae music at an early age. His musical influence includes the legendary reggae icons Bob Marley, Peter Tosh, Burning Spear among others. JamminSradio.com offers a wide-range of programming including shows that cover social, political, economic, sports, entertainment and cultural happenings in Jamaica and the wider Caribbean and the Caribbean Diaspora. 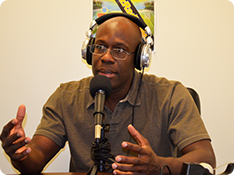 The Professor who hails from Jamaica host the “Praise and Worship show” on Sunday mornings. He is also the host of the “Sunday Conversation” a program that discusses the latest social, political and economic issues affecting people in the Caribbean, the USA and Worldwide. A frequent guest on the show is Cousin T, whose views leads to lively and informative discussions. The Professor also host “The Sports Zone with the Professor” and discusses the latest sports topics in the Caribbean, the New York Tri-state area and worldwide. The show features a weekly track and field segment that focuses on track athletes in the Caribbean and worldwide. The show includes interviews with athletes and coaches as well as a preview or recap of major sporting events including the CARIFTA Games, the World Championships and the Olympics.

Subscribe to be the first to learn about new releases, receive news, updates, and other stuff by email.